Associated Press:
"A true romance -- with a place..."
--Ron Berthel

Chicago Tribune:
...a compelling post-9/11 story .... This is a sweet tale of how one woman reorganized her personal life in the midst of national upheaval."

New Orleans Times-Picayune:
"This is a stirring ... story of lives that might otherwise have gone on, unnoticed, had Bounds not happened in for that quick beer. We are lucky she did."
--Susan Larson

Milwaukee Journal Sentinel:
In an age of spiky-heeled chick-lit, this book is a refreshing change.
--Joanna Meyer

Pittsburgh Post-Gazette:
"...Bounds' tribute to this community love affair speaks to the deep-seeded craving all people have for a special place as well as its boundaries."
--Diana Nelson Jones

KnoxNews:
"...your life may very well be changed after reading this book, as was Bounds' after she stepped into Guinan's for the first time."

Publishers Weekly
"Bounds' story ...modestly reminds us that in this uncertain world, when you come to a place that speaks to you, you should hold it dear and treasure it while it lasts."

Booklist:
"....Over beers and smokes...life stories bounce around the bar with the mock-insults of people who’ve known one another over the 40 years Guinan’s [has]been in business.... Without gauzy romanticism, Bounds captures the warmth of the place and the rootedness it symbolizes.

A sample of my video & TV work

LITTLE CHAPEL ON THE RIVER BLOG

What's happened at Guinan's since the book ended?

About Little Chapel on the River

From the Back Cover:

Nestled along the banks of the Hudson River directly across from the United States Military Academy at West Point sits the rural town of Garrison, New York, home to Guinan’s—a legendary Irish drinking hole and country store. While searching for a place to live and temporary haven following the September 11th attacks, Manhattan journalist Wendy Bounds was delivered to Guinan’s doorstep by a friend. And a visit that began with one beer, turned into a life-changing encounter.

Captivated by the bar’s charismatic but ailing owner, Jim Guinan, Bounds uprooted and moved to tiny Garrison. There she became one of the rare female regulars at the old pub and was quickly swept up by its motley characters and charms. What follows is a riveting journey as her fate, and that of Guinan’s, unfold. Told with sensitivity, humor, and an unflinching eye, the result is a love story about a place—and the people who bring it to life.

Along the journey you’ll meet: Jim Guinan himself, the stubborn high priest of this little chapel who spins rich tales of the town’s robber barons, castles and mythological swans who feed at his front door. His grown children, whose duty to their father, and the town, have kept Guinan’s up and running against immeasurable odds. Fitz, a tough-talking Vietnam vet who eventually takes the author under his wing. Tom Endres, who first rowed to the bar illegally as a cadet and now returns as a full-fledged colonel in the U.S Army. Walter, the kind-hearted and neurotic next-door neighbor who torches dandelions with his lighter. And Lou-Lou, the overweight doe-eyed hound and most faithful four-legged parishioner at the pub.

This book is as much about remembering to value the past as it is about learning to seize the present. Filled with stories of joy and sorrow, and universal family struggles with loyalty, love, betrayal and redemption, this is a work ultimately brimming with hope as Bounds expertly captures a nostalgic slice of quintessential American life. And while chronicling the pub’s fight to endure and her own grasp for a simpler way of life, she shares how and why the spirit moves those who come to worship in this little chapel on the river. 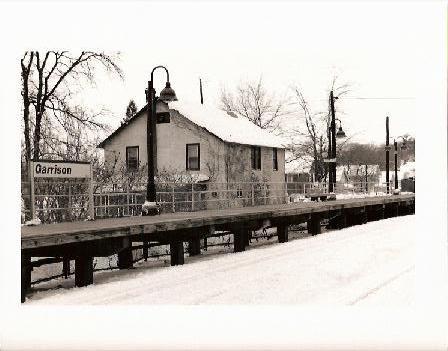